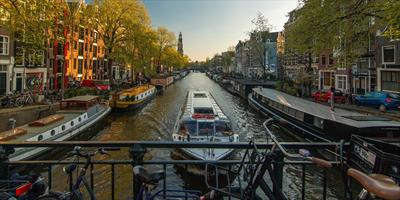 Amstel is one of the largest train stations in Amsterdam, served by both local and intercity trains. It is also the main bus station in Amsterdam for international and long-distance buses, including Eurolines.

Amstel Station is located south-southeast of the inner city, 3 metro stops from Waterlooplein and 5 metro stops from Centraal Station. The bus station is situated in front of the train station on the eastern side (Julianaplein).

The metro station name is Amstelstation or just Amstel. It is served by metro lines 51, 53, and 54. There are also several local bus and tram services at Amstel Station.