Where to Stay in Budapest 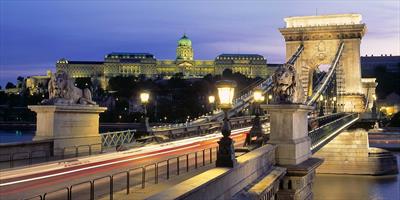 Most tourist attractions, hotels, restaurants and other places of interest to tourists are, not surprisingly, in the historical city centre, so it’s definitely the best area to stay. However, the city centre in Budapest is considerably larger than in Prague, for instance – it is perhaps comparable to Vienna. This means that different tourist attractions and different areas within the historical centre can be a bit further apart, and just saying city centre would be an incomplete answer to the where to stay question.

Let’s first try to understand the layout of central Budapest.

The key feature is the river Danube, which flows from north to south and divides the city in two halves. The western side is named Buda and the east side is Pest, which of course together form the name Budapest. See map.

These two sides are quite different in character. Each has its charm and interesting things to see, but most people choose to stay on the Pest (eastern) side, for numerous reasons:

If you are the kind of person who prefers to stay a bit aside from the crowds and doesn’t mind a bit of walking (with some really nice views), the Buda side might actually suit you better. Otherwise choose the Pest side.

Besides this simple Buda vs. Pest distinction, the official districts in Budapest are numbered, so you will often find an area being referred to as the VI. district etc. Roman numbers are usually used and there are 23 districts in total. Generally, districts in the centre have lower numbers, but it is not perfectly sequential. The main districts of interest to tourists are:

Districts II., III. and IV. are not good places to stay if you want to stay central, as many places in these districts can be very far from the centre – mostly to the north or north-west.

As a tourist you don’t need to worry about district numbers too much, but there is one exception – when searching accommodation. When booking a hotel, check the district number to have a quick idea of how central and convenient the location is. Hotels often like to claim they are located in the city centre, but their definition of city centre might be very loose. The district number doesn’t lie.

In sum, my general recommendation is:

The best area to stay is on the Pest side, ideally the V. district, or the VI. or VII. but with these make sure that the place is near the western end of the particular district, close to the V., as the eastern ends of these districts are already further away from the inner city. Alternatively, there are some nice places in the I. district (Buda side), but with these make sure it’s very close to the river, otherwise it might be too far and inconvenient.

Where to Stay in Budapest on a Budget

If you are on a budget and looking for cheaper accommodation, but would like to avoid hostels, you may want to consider staying outside the historical centre. Although you can find some really cheap places to stay directly in the centre, it is most likely hostels and shared rooms/bathrooms – if you want a very cheap private room with ensuite bathroom, your options directly in the centre will be quite limited. In such case I recommend looking at some of the less central, but conveniently located neighbourhoods further away from the centre.

“Conveniently located” in Budapest means metro access. Budapest metro is one of the oldest in the world (opened in 1896) and by far the best way to get around (there are trams and buses, but they are much slower). That said, there are only 4 metro lines (M1, M2, M3, M4) and most of the metro coverage is concentrated in the eastern part of the city (Pest side again).

Therefore, potentially good places to stay on a budget are near the metro lines heading from the centre to different parts in the east. I particularly recommend the south-eastern part of the M3 line, which goes towards the airport and also passes the Népliget bus station on the way – good choice especially if you are coming to Budapest by air or bus. Similarly, those coming by train may want to consider metro line M2 and particularly the area around the main train station (Keleti, which actually means east in Hungarian).

Both Keleti (train station) and Népliget (bus station) have direct metro connection to the inner city (5-7 minutes from Keleti, 10-12 minutes from Népliget) and a good selection of budget hotels.