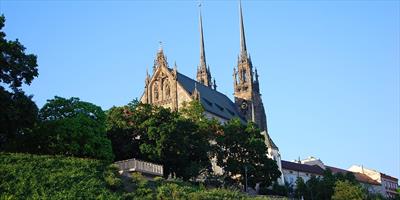 There are two bus stations for international and long-distance buses in Brno:

The two stations are close to one another (10 minutes’ walk), separated only by Brno main railway station and a big shopping centre (Vankovka). Most buses only stop at one of these stations and not at the other, so make sure you know which one it is for your bus.

Zvonarka is the traditional central bus station in Brno and it is still considered the main one. In many timetables it is listed as UAN Brno Zvonarka – UAN stands for Central Bus Station in Czech. Zvonarka is mainly served by buses operated by companies which emerged from the former Czechoslovakian state-owned bus monopoly, CSAD. Bohemian Lines buses, as well as some (but not all) Eurolines buses also arrive to and depart from Zvonarka.

The other bus station is located in Benesova Street, north-east of Brno Main Train Station. It looks much smaller than Zvonarka, but it is also very busy. The buses stop across the street from Hotel Grand, which also gave its name to the bus station. In timetables it is usually referred to as Brno Grand or Brno Benesova Street (or Benesova tr.; tr. is an abbreviation for trida, which means avenue in Czech). Brno Grand is the terminal for Student Agency buses (the yellow buses) and also for some Eurolines buses (e.g. Prague-Brno-Bratislava).