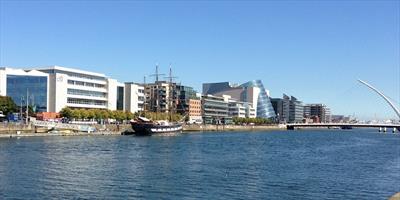 Seán O’Casey Bridge is a pedestrian bridge in Dublin city centre. It crosses the River Liffey approximately 300 metres to the east from the Custom House and connects City Quay (south bank) with Custom House Quay (north bank). On the northern side near the bridge there are the Famine Memorial and the Jeanie Johnston Ship (and museum).

The Irish name of the bridge is Droichead Sheáin Uí Chathasaigh. 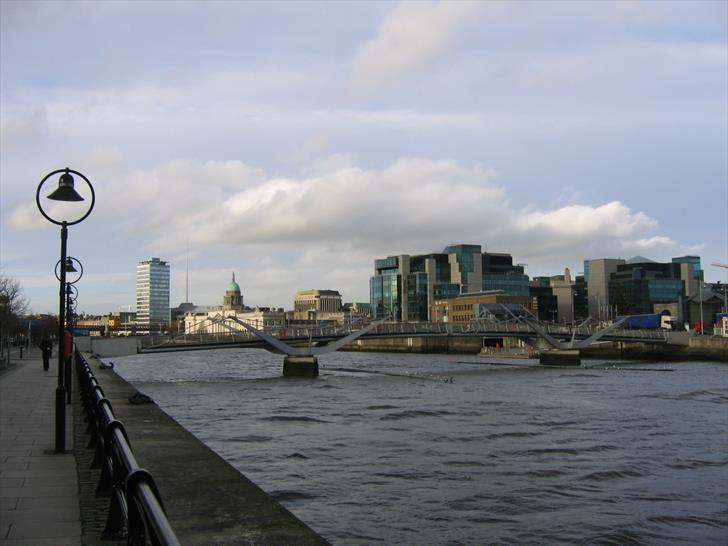 This is Sean O’Casey Bridge. The picture was taken from the south bank of the River Liffey, from the eastern side. You can see the Custom House in the background.

View from Sean O’Casey Bridge to the west (Custom House): 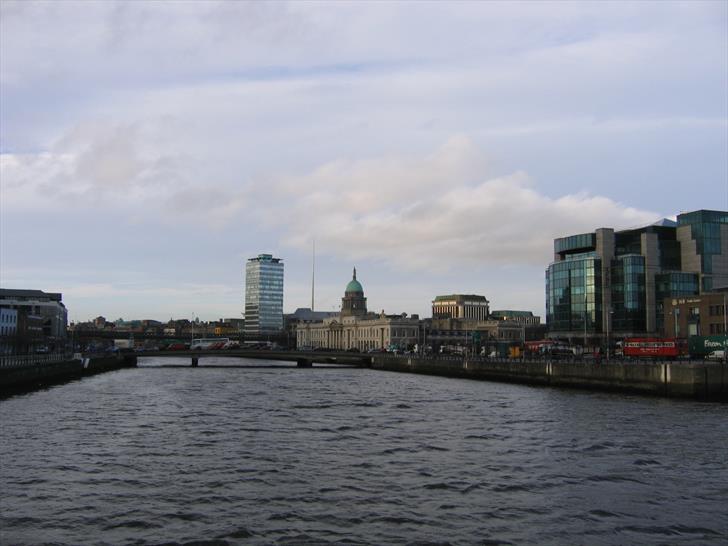 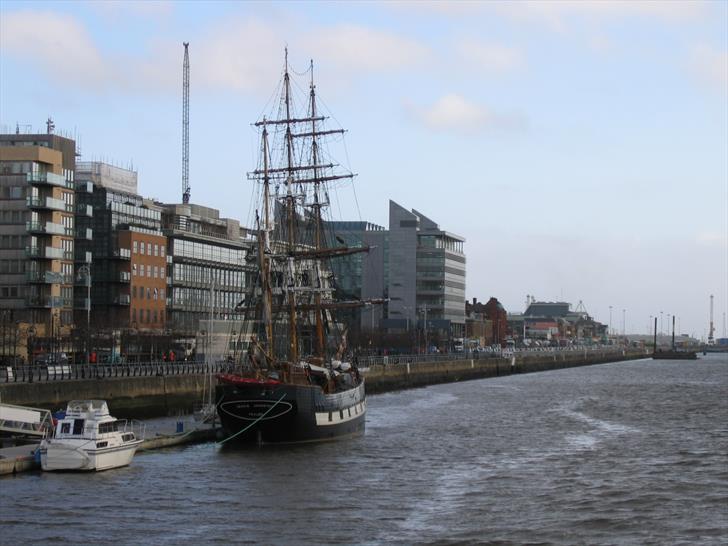