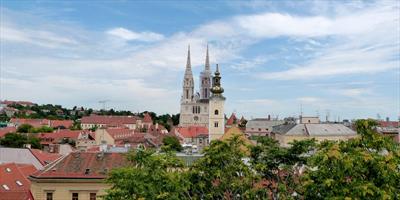 This page provides basic information for arriving at or departing from Zagreb main bus station (Autobusni kolodvor Zagreb). This is the bus station for most international and domestic long distance buses, including those to Plitvice Lakes, Dubrovnik, Split and various other destinations on the coast and islands. Bus to Zagreb airport also departs from here.

The bus station is situated in Avenija Marina Držića, which is a major street in Zagreb city centre. It is not too far from Zagreb central train station (glavni kolodvor) and the historical centre (20 minutes’ walk).

The exact address of the bus station is Avenija Marina Držića 4, 10000, Zagreb.

The best way to get to Zagreb bus station from other places in Zagreb is by tram. The tram stop is named Autobusni Kolodvor and it is right in front of the bus station in the main street (Avenija Marina Držića). It is served by 5 different tram lines (2, 5, 6, 7, 8) and has direct connection with the central train station (lines 2 and 6), as well as other busy tram junctions including Ban Jelačić Square (line 6), Draškovićeva (line 8) or Eugen Kvaternik Square (lines 5 and 7).

As an alternative to tram (only 3 stops direct, lines 2 and 6) it is easy to walk from the bus station to the train station. After exiting the bus station and coming to the main street with trams (Avenija Marina Držića), turn left and walk down the main street. After some 250 metres you will pass under a blue railway bridge. Walk under the bridge to the other side of the railway tracks and then turn left into another big street (also with trams), named Ulica kneza Branimira. Then walk down this street, still following the tram tracks and the railway, which will be on your left hand side. After about 10 minutes (15 minutes from the bus station) you should come to the train station’s entrance.