Other Metro Stations near Santiago Bernabéu

Adjacent metro stations are Cuzco (to the north) and Nuevos Ministerios (city centre direction; transfer to line 8 to Barajas Airport and line 6 – Madrid circle line). Santiago Bernabéu is 3 metro stops from Alonso Martinez, 4 stops from Tribunal, 5 stops from Plaza de España, and 6 stops from Principe Pio (all with direct connection on metro line 10). 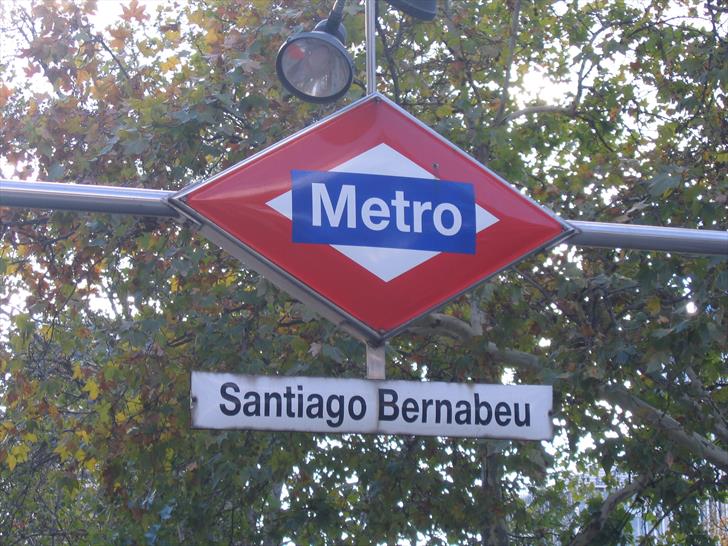 The sign with directions which you see at the platform when getting off a train at Santiago Bernabéu: 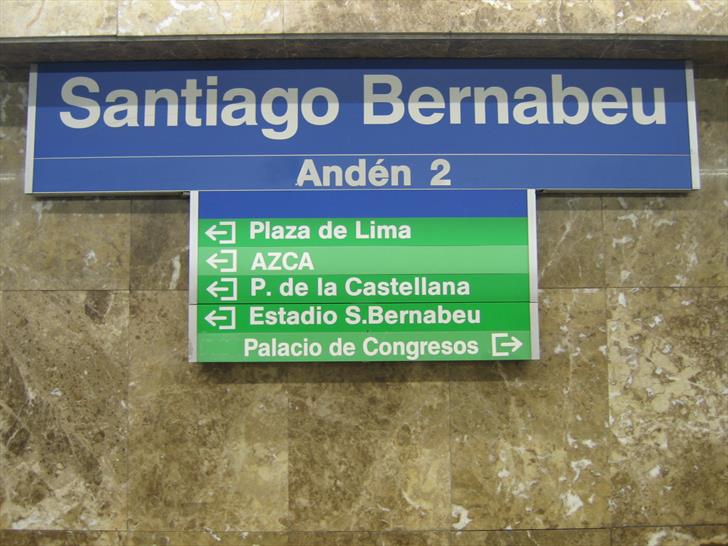