Besides visiting a football game here, which of course is the greatest experience, you can take the Santiago Bernabéu Stadium Tour (including the Real Madrid Museum) or visit Real Madrid fan shop or Real Café Bernabéu.

This is how you first see Santiago Bernabéu Stadium when arriving by metro at Plaza de Lima: 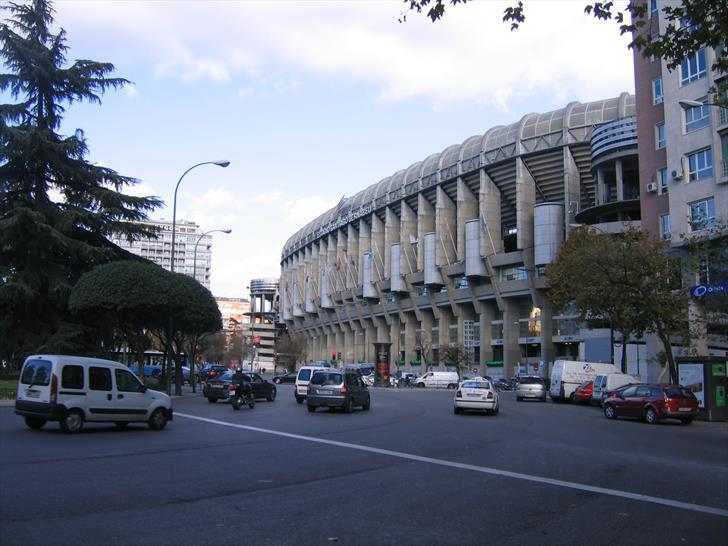 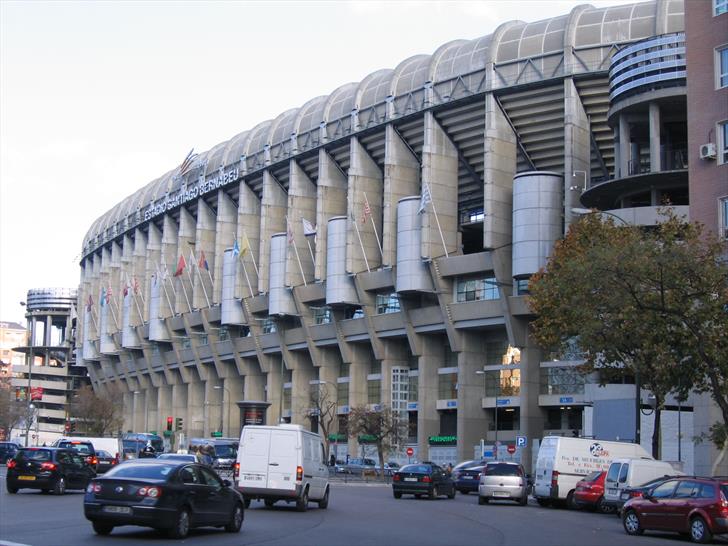 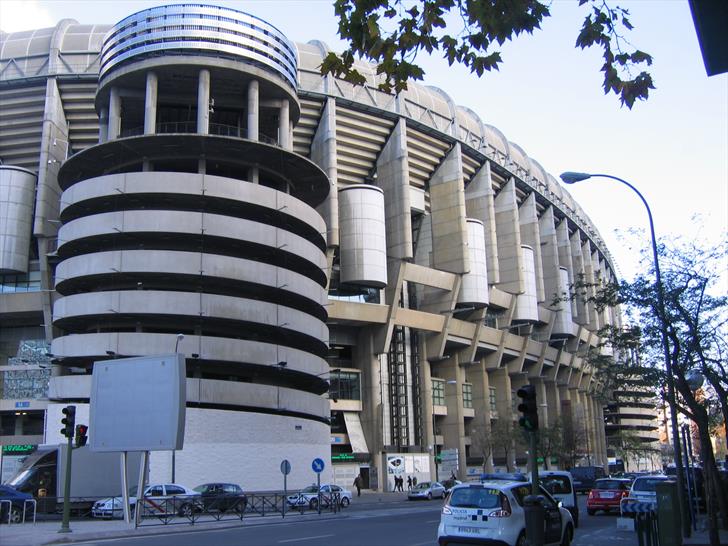 Detail of one of the characteristic corners (the south-western one): 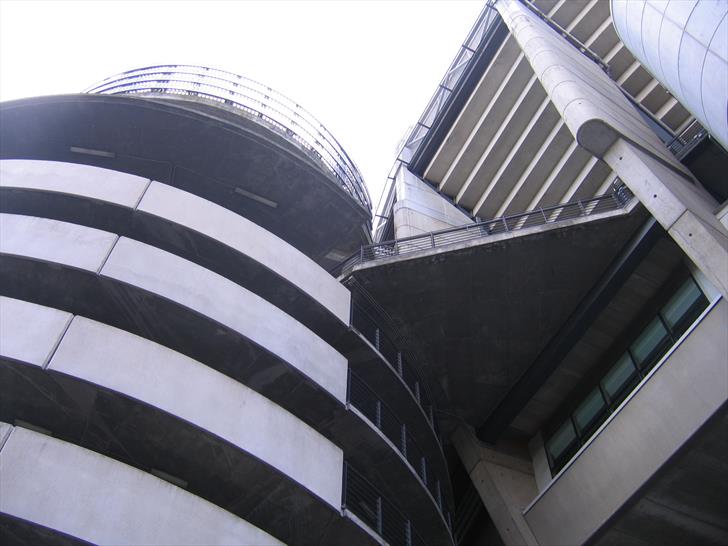 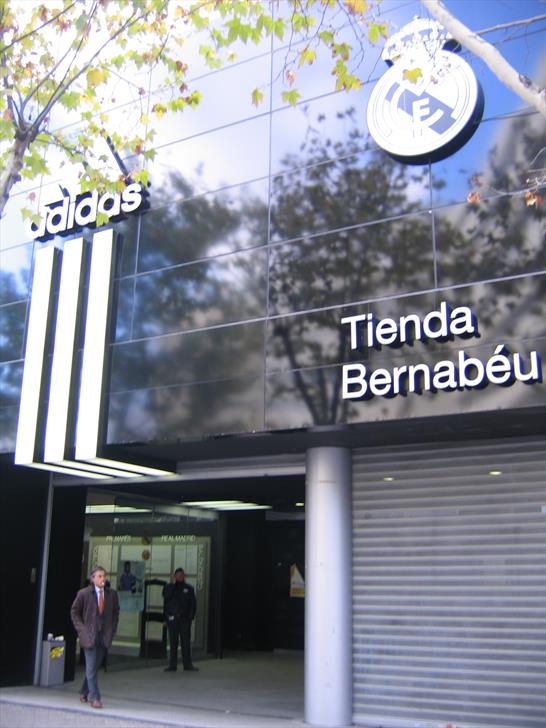 Wall of fame – overview of all trophies Real Madrid won in its history in various competitions, including Champions League, Spanish Liga, Copa del Rey, and many others: 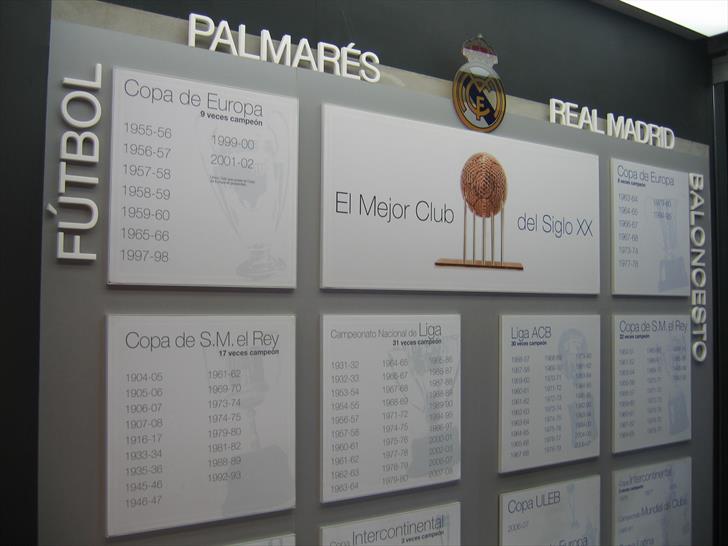 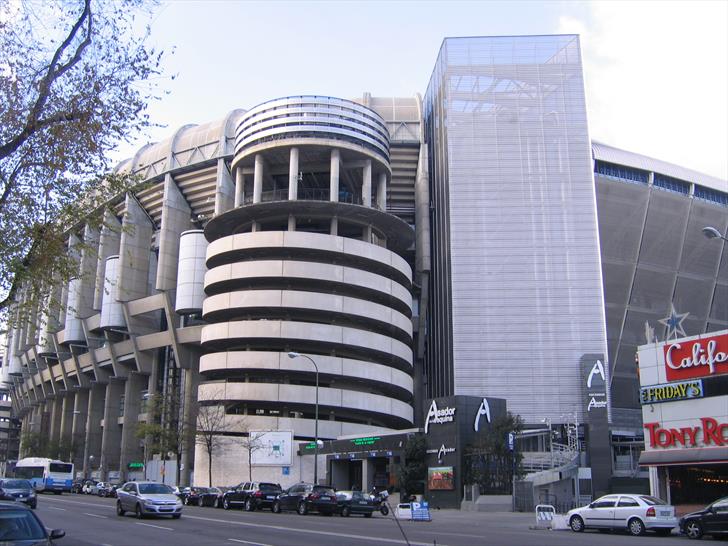 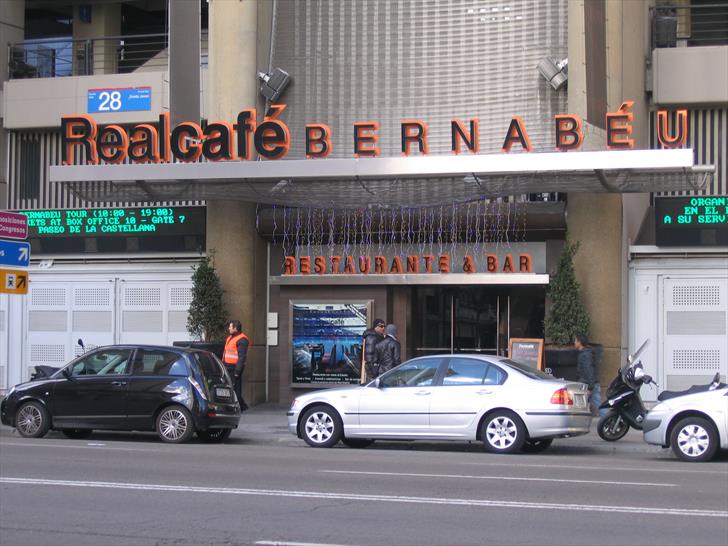 How to Get to Santiago Bernabéu Stadium