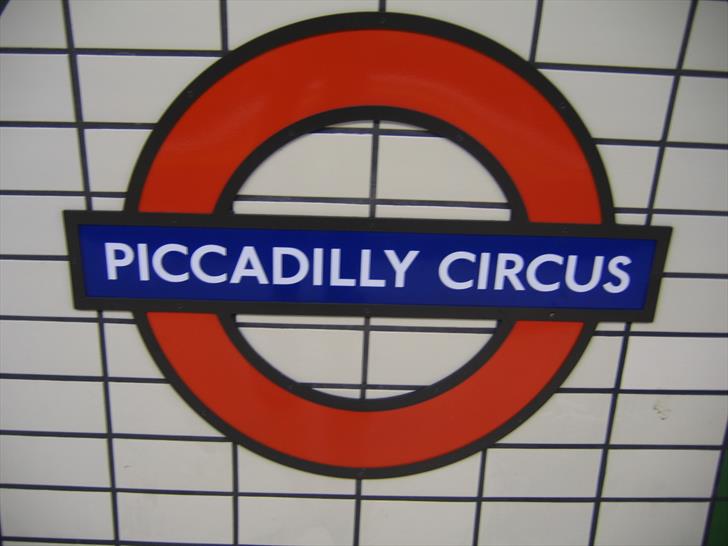 This is the Piccadilly Line platform: 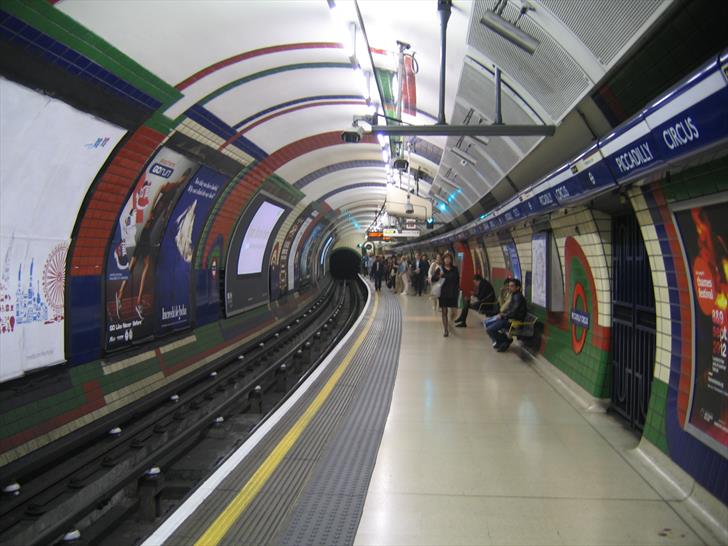 Besides the underground there are very freqent bus services to Trafalgar Square (although that is also easy to walk), Green Park + Hyde Park Corner and Oxford Circus + Oxford Street.

Tube station exits are located directly at Piccadilly Circus (the eastern side towards Leicester Square). 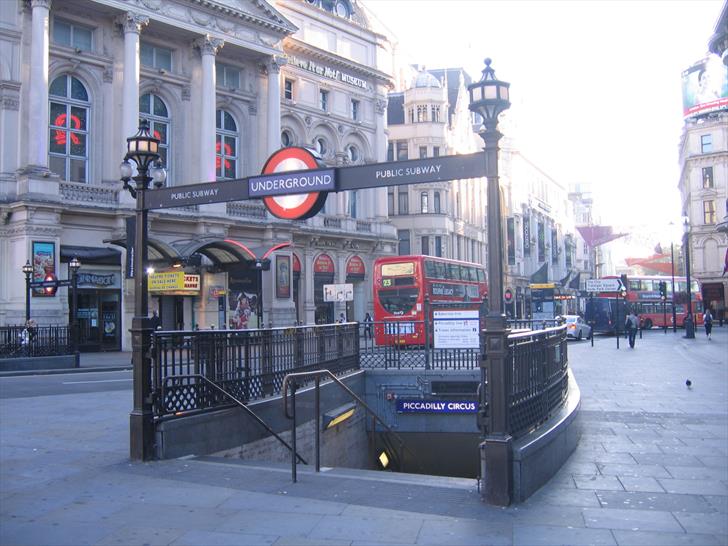 One of the exits is just a few steps from Eros. Another is across the street.

The photo below is Piccadilly Circus looking from the eastern side. The tube station exit is in front, Eros is behind it. The place rarely looks like this – usually it’s very crowded, especially in the evening (I took this picture early in the morning). 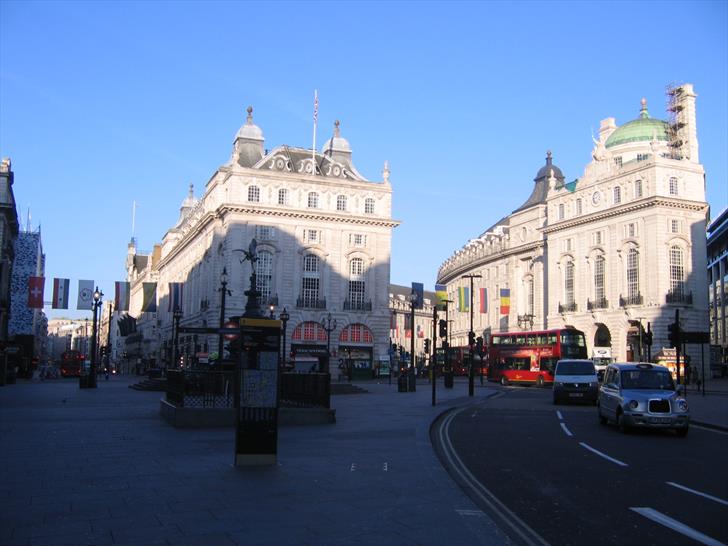 The postcode is W1J 9HP.

With its location in the heart of London West End, there are numerous theatres, restaurants and shops within 3 minutes walk from Piccadilly Circus tube station. Major streets which meet at Piccadilly Circus are Regent Street (north-west to Oxford Circus and south-east to Pall Mall and Trafalgar Square), Piccadilly (south-west to the Ritz, Green Park and Hyde Park Corner), Coventry Street (east to Leicester Square) and Shaftesbury Avenue (north-east to New Oxford Street).

You can find more details about the tube station, as well as underground and bus schedules, ticket office opening times and local bus stop map on the official website of Transport for London.