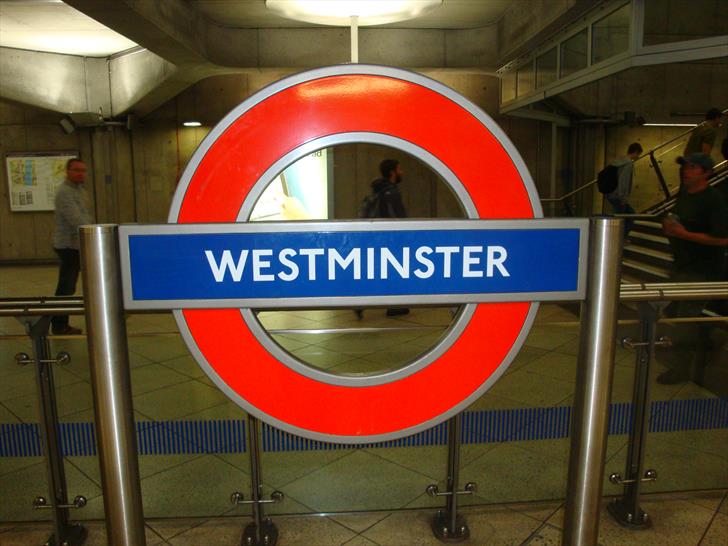 The design of the signs in London Underground is an integral part of London’s visual image. The most typical is the station’s name written in white letters on blue background, and a red circle.