The Albert Memorial is located in London’s Kensington Gardens close to their Kensington Road border and directly facing the Royal Albert Hall.

The picture below is the Albert Memorial as seen from inside Kensington Gardens, as you approach from the Physical Energy (horse) statue. You can see the Royal Albert Hall behind the memorial. 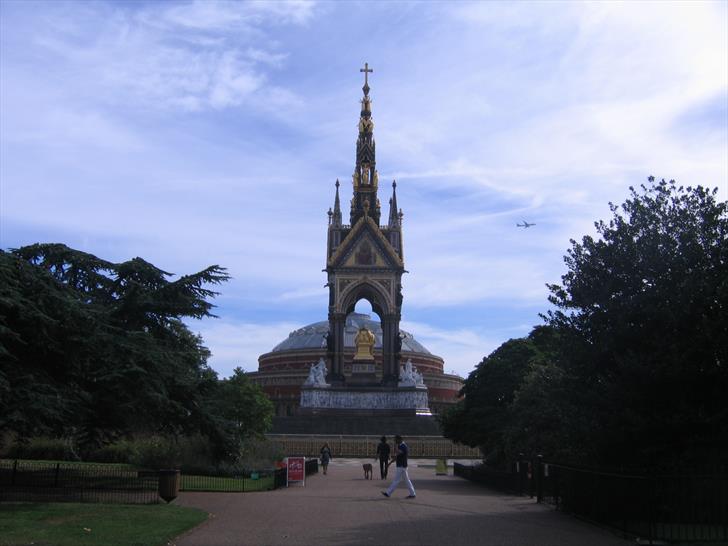 The next picture shows the Albert Memorial as you get closer. This is the backside – to see Prince Albert’s face you must go to the other side. 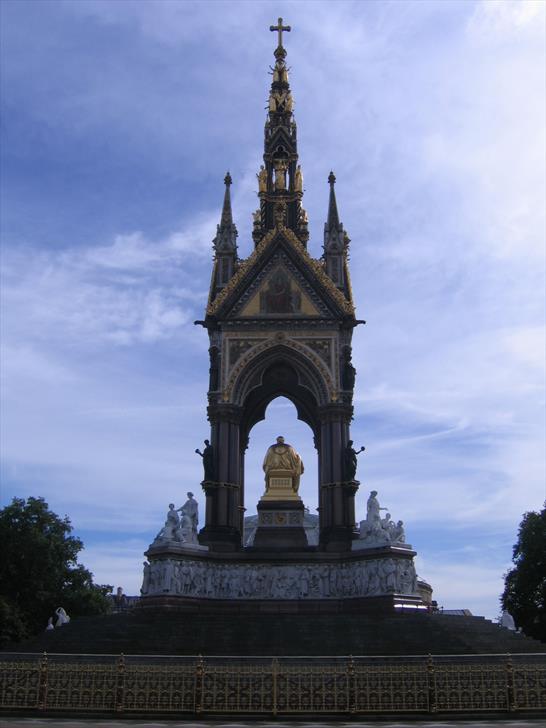 The Albert Memorial was built in 1872 under the reign of Queen Victoria. It commemorates her husband, Prince Albert, who died of typhoid in 1861, aged 42. Queen Victoria lived and reigned until 1901.

The memorial is 54 metres (176 feet) tall and looks really impressive when you’re standing in front of it – not only because of its size, but also thanks to many sculptures and other details. At each of the four corners there is a sculpture group representing one of the continents – Europe, Asia, Africa and the Americas. You can recognize the continents by their characteristic animals – a bull for Europe, an elephant for Asia, a camel for Africa, and a bison for the Americas. The photo below shows the Albert Memorial from the Europe sculpture corner. 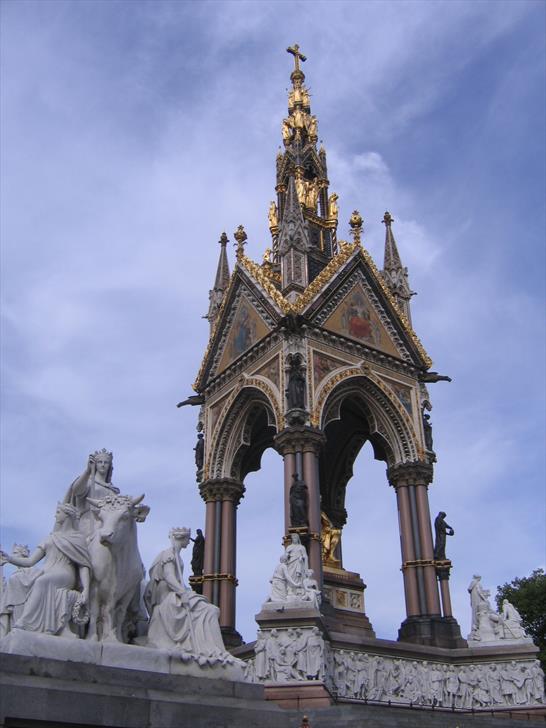 The gold (it’s actually gilt bronze) statue of Prince Albert was added to the memorial only in 1875, 3 years after the structure was completed. Its author is John Henry Foley, who also designed the Asia sculpture for the memorial. He hadn’t been the first choice – originally the queen wanted Baron Carlo Marochetti (her favourite sculptor) to make it, but there was a problem with his first version and he died before he could complete a second one. John Henry Foley didn’t see the final result either, as he died in 1874 before the statue was cast (a full-sized model had been placed to the memorial in 1870 – the entire memorial took many years to complete). 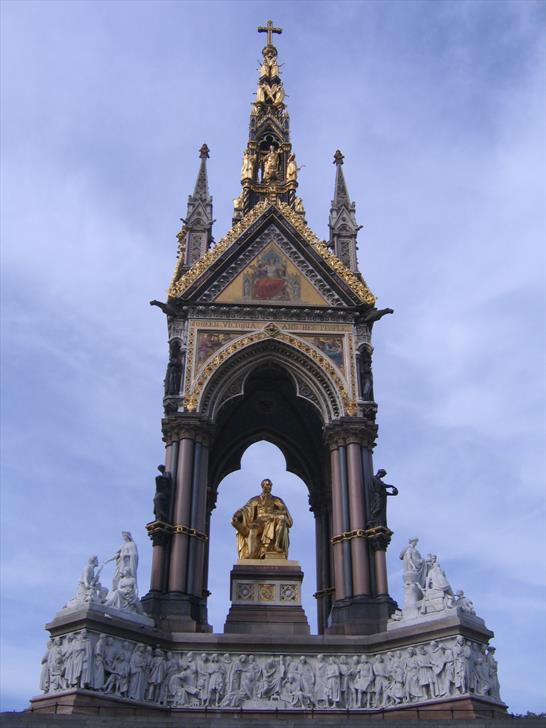 The sitting Prince Albert faces the Royal Albert Hall (on the picture below). You can enter and exit Kensington Gardens here. 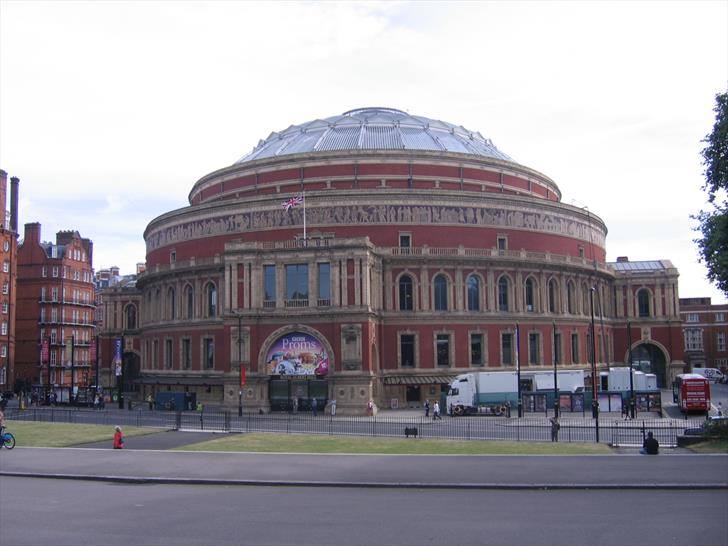 Another nearby landmark related to Queen Victoria and Prince Albert is the Victoria and Albert Museum, located on the eastern end of Cromwell Road, about 10 minutes walk from Albert Memorial.

How to Get to the Albert Memorial

Another alternative, if you don’t mind a bit of walking, is to visit the Albert Memorial as part of a trip to Hyde Park and Kensington Gardens, starting at Marble Arch (end of Oxford Street; Central line) or Hyde Park Corner (Piccadilly line).