In general, a speakers’ corner is a place in public, where free public speaking and discussions are allowed. A speakers’ corner is not a feature specific only to London – you can find speakers’ corners in various cities around the world (though mostly in countries somehow connected with or influenced by the British culture, including Singapore, Australia, or Canada). Anyway, the most famous speakers’ corner is the one in the north-east corner of Hyde Park in London. 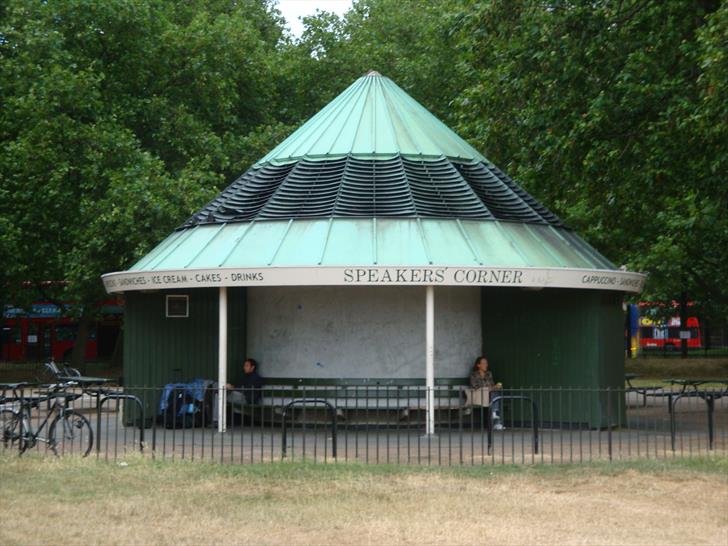 Hyde Park is one of London Royal Parks and one of the largest parks in London city centre. The Speakers’s Corner is its most famous attraction, but for many Londoners Hyde Park is mainly the place to rest, walk, or jog.