Various museums dedicated to seafaring, maritime explorations, and polar areas are among the most popular tourist attractions in Oslo. One of the best known museums is Fram Museum (Frammuseet).

The main feature, which also gave its name to Fram Museum, is the polar exploration ship Fram. This ship that was used by great Norwegian polar explorers including Roald Amundsen or Fridtjof Nansen. The museum building was built around the original vessel. 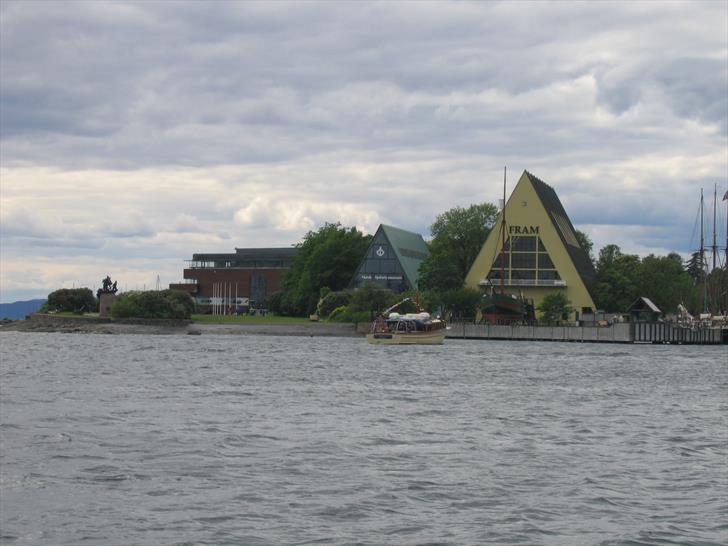 Fram Museum building looks like a yellow triangle from the outside. It is located near several other naval museums (Viking Ship Museum, Thor Heyerdahl’s Kon-Tiki Museum, and Norwegian Maritime Museum) on Bygdoy Peninsula, west of Oslo city centre. The photo above shows how you will see it if you come to Bygdoy by boat from Oslo Harbour.

Walking alongside the Fram: 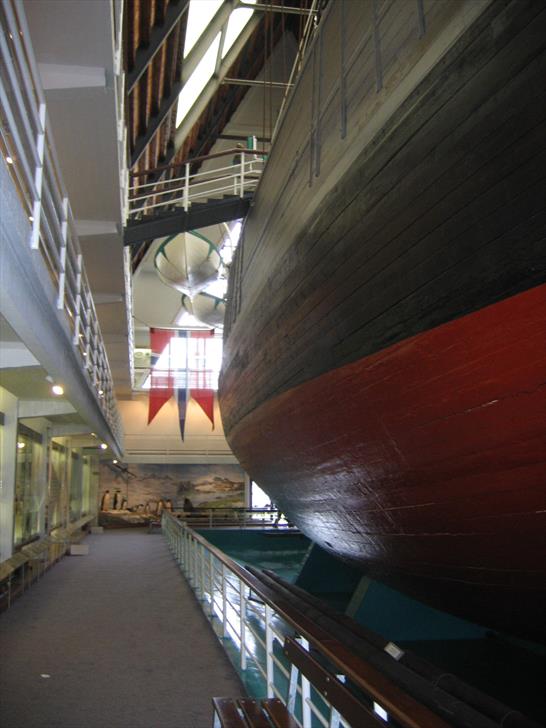 It’s a really big ship – 39 metres long and 11 metres wide. The width to length ratio is much higher than common – it is one of the measures to make the Fram better withstand the pressure of the ice. The ship is also unusually shallow and has a very small keel. Its draft is only 4.5 metres. 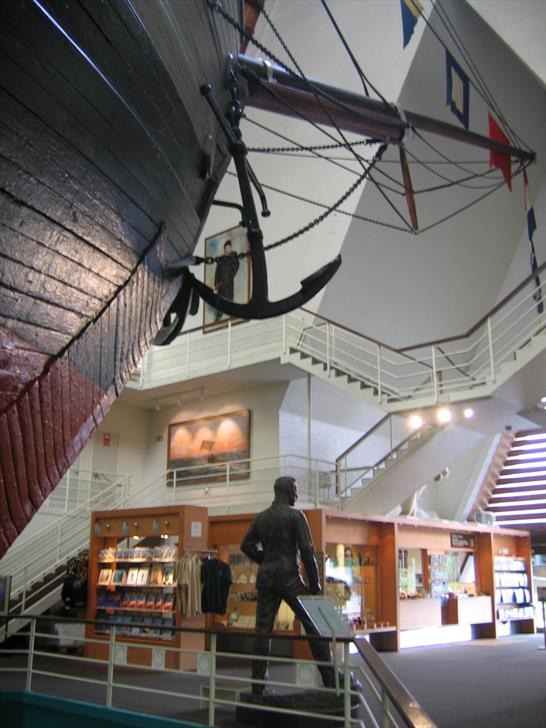 The rudder feels quite small for the size of the ship – and quite fragile when you imagine the icebergs: 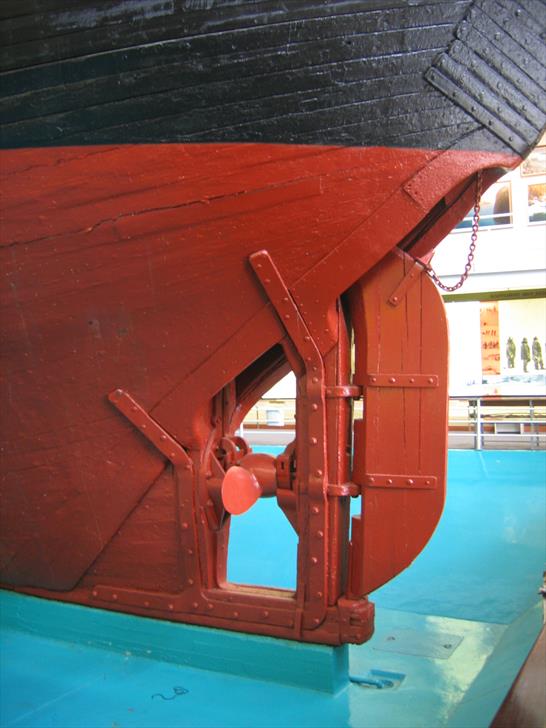 The Fram’s name plate and lifeboat: 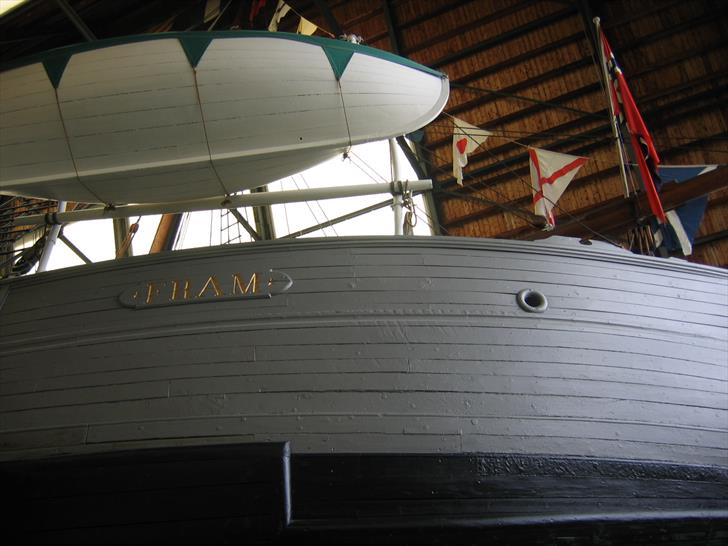 The Fram’s bow and big anchors: 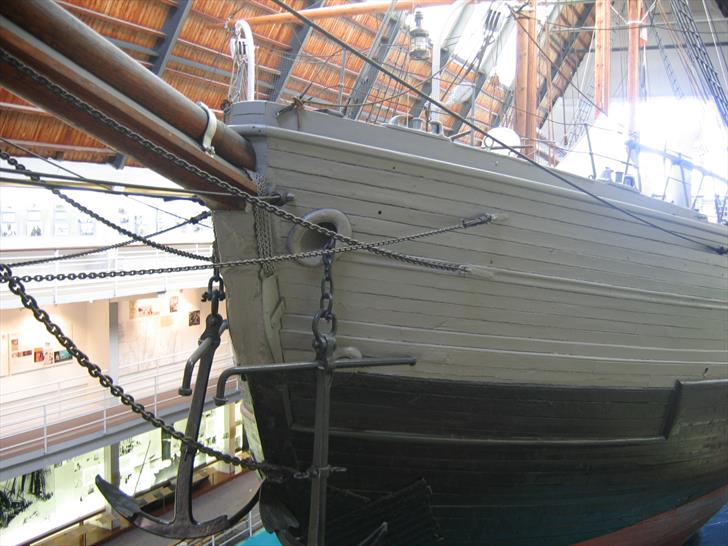 On Board of the Fram

In Fram Museum you can also go on board of the Fram and even inside in the cabins. 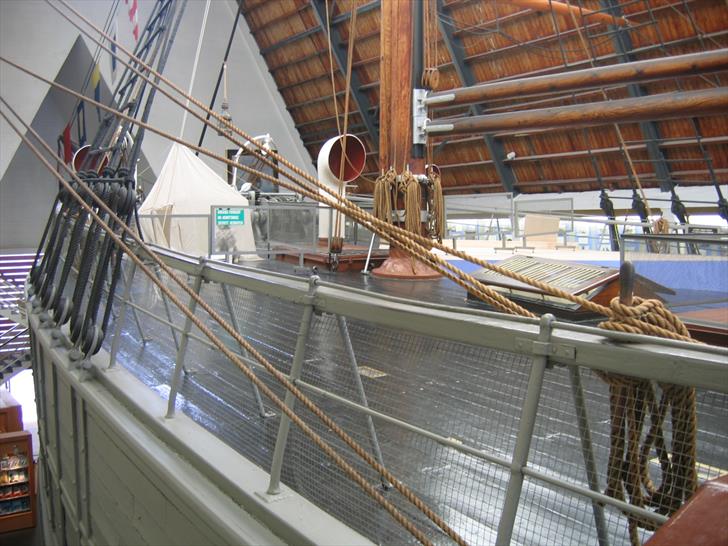 You can walk on the deck of the Fram. This is the Fram’s bridge: 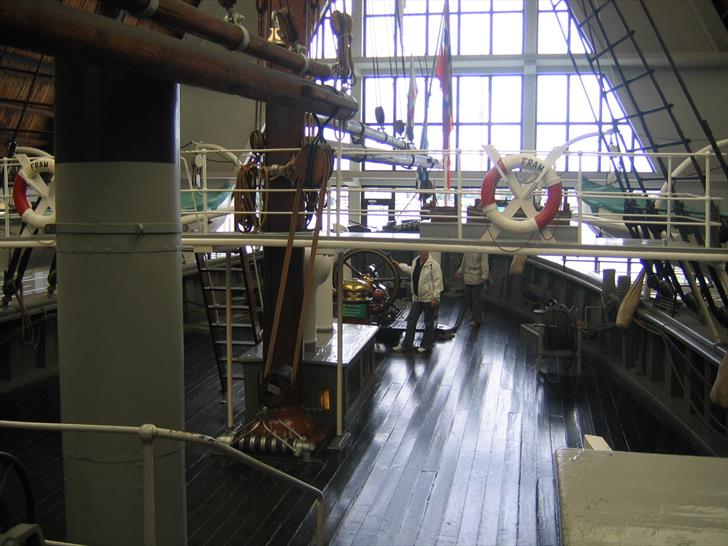 Some of the greatest explorations made by the human civilization were being steered from this place.

The interior of the Fram: 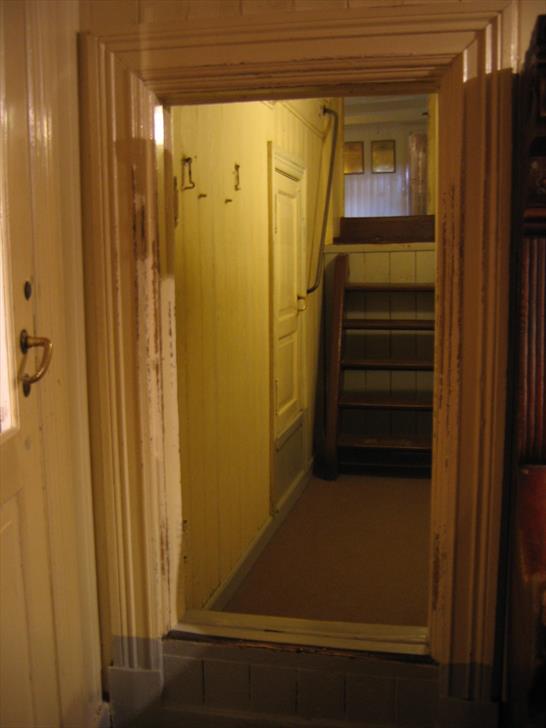 The cabins look simple, but quite comfortable for the age (around year 1900) and the ship’s purpose. 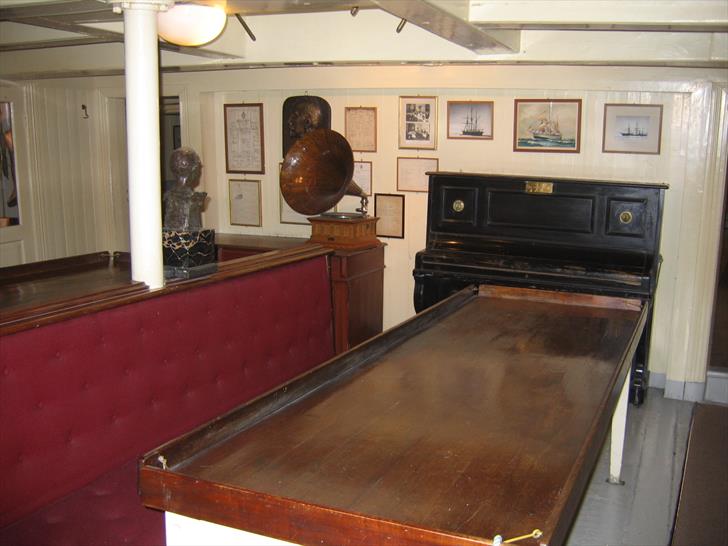 It seems that the explorers still had time (and equipment) to relax and recharge.

Other Things to See at Fram Museum

Besides the Fram itself, there are historical photographs and various other things to see at Fram Museum, all of them somehow connected with Norwegian polar expeditions, especially the great explorers Roald Amundsen, Fridtjof Nansen, and Otto Sverdrup, who all used the Fram on various expeditions in 1893-1912. 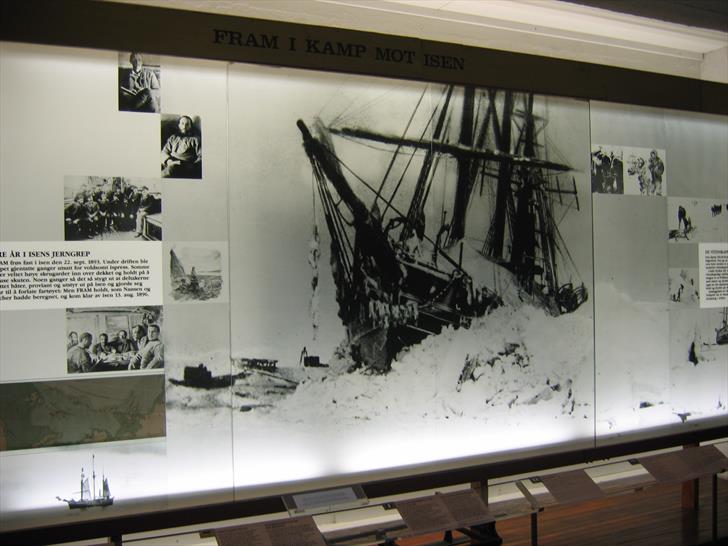