Kaknästornet (The Kaknas Tower) is a TV and radio broadcast tower in Stockholm. You may not entirely like its design, but it provides amazing views of Stockholm and its surroundings. The tower is 155 metres high (170m with antenna) and for a while after its completion (1967) it was the tallest building in Scandinavia.

Kaknästornet is open to the public. There are observation decks (indoor and outdoor) and a restaurant at the top. Below you can find a few pictures I took from Kaknästornet. 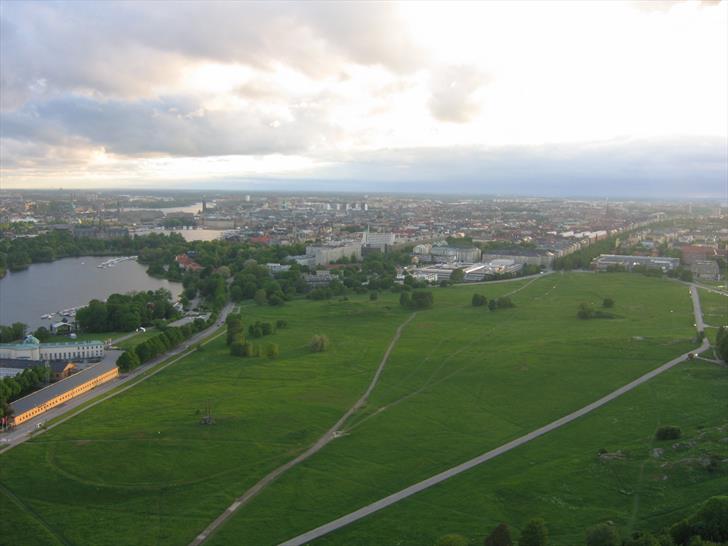 View from Kaknästornet to Stockholm city centre (almost exactly to the west). 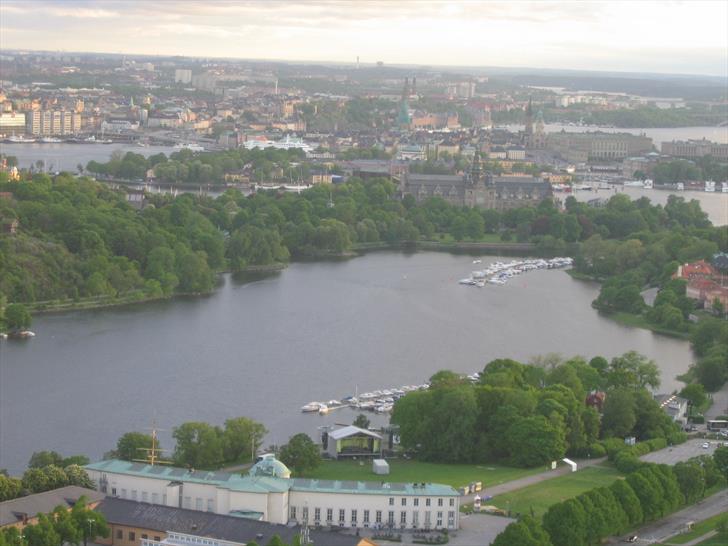 Zoom to Stockholm’s inner city. There are many museums in this part of Stockholm between the inner city and Kaknästornet. The long white building in front is the Maritime Museum (Sjöhistoriska Museet); the big dark building on the other side of the water is the Nordic Museum (Nordiska Museet). Behind the Nordic Museum building you may see a little tip of the Vasa Museum (Vasamuseet). 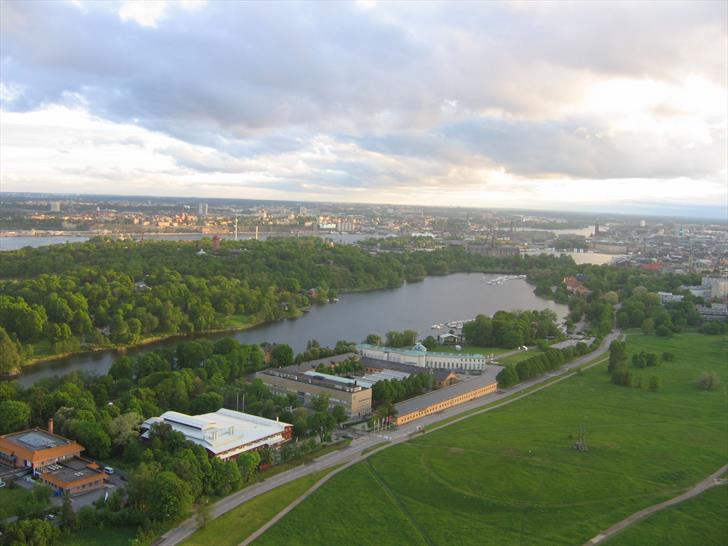 Similar direction. The land in between the two canals is Djurgården (the island with Stockholm Skansen, Gröna Lund, and many other attractions). 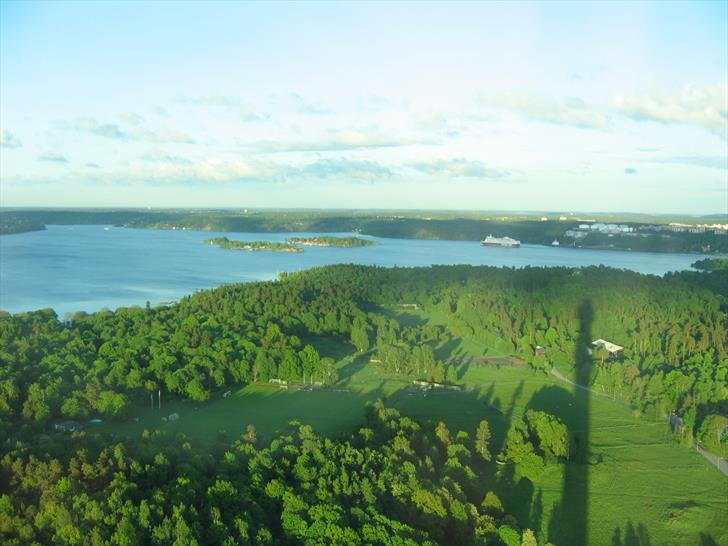 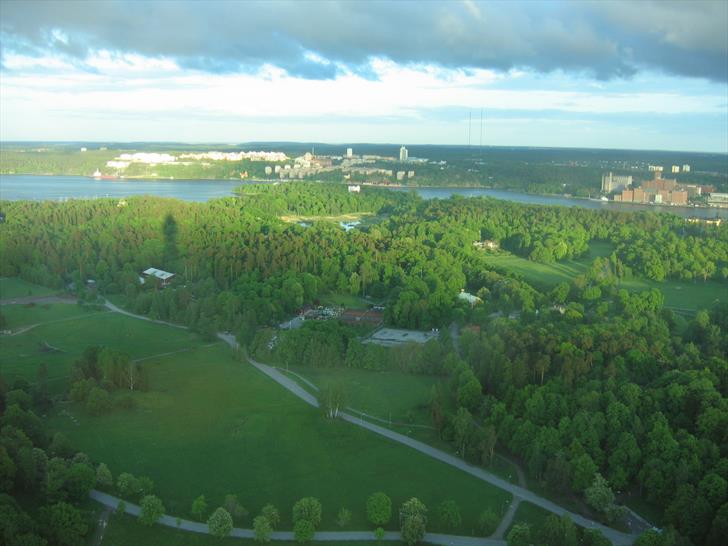 This was an interesting situation (later the same evening) when the sun was still above the horizon at the top of Kaknästornet, but already set at the foot of the tower. You can see the upper part of Kaknästornet’s shade in the upper left part of the picture, but the areas in the bottom have no more sun. 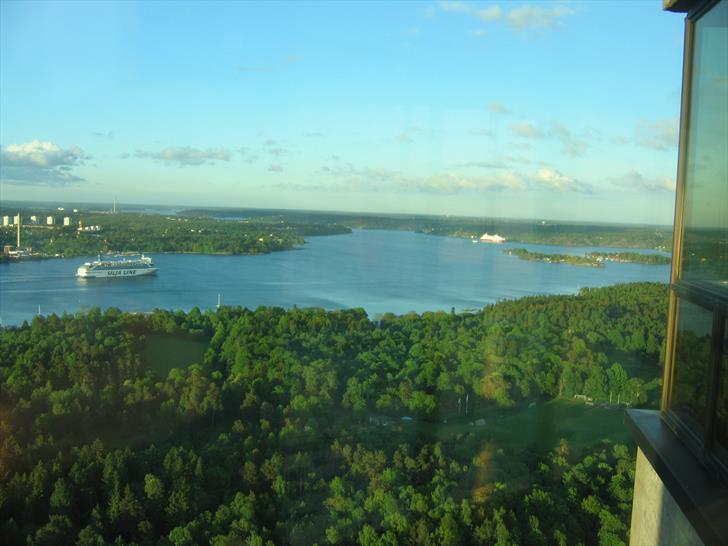 Another view in a similar direction as the previous two pictures, this time with a little piece of Kaknästornet. 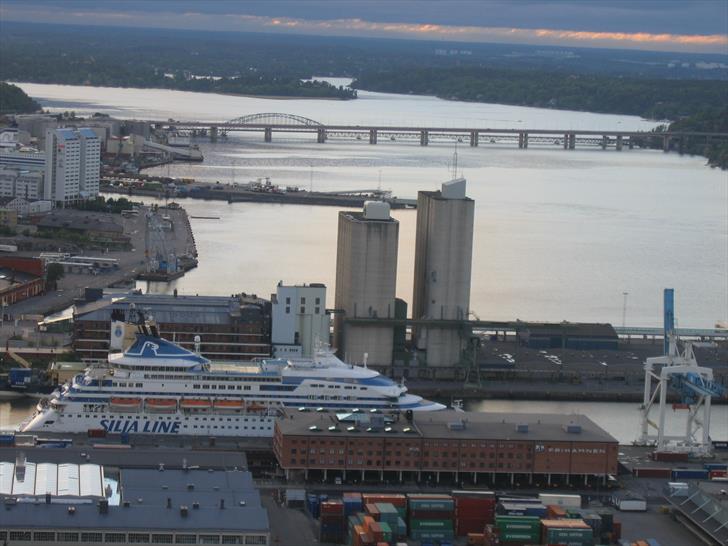 In the north you can see Stockholm ports – Frihamnen and Värtahamnen. From here you can take a ferry to Finland, Estonia, or St. Petersburg in Russia. This picture is zoomed, but the ports are very close to Kaknästornet anyway. You can also see Lidingöbron, the bridge connecting Stockholm with Lidingö. 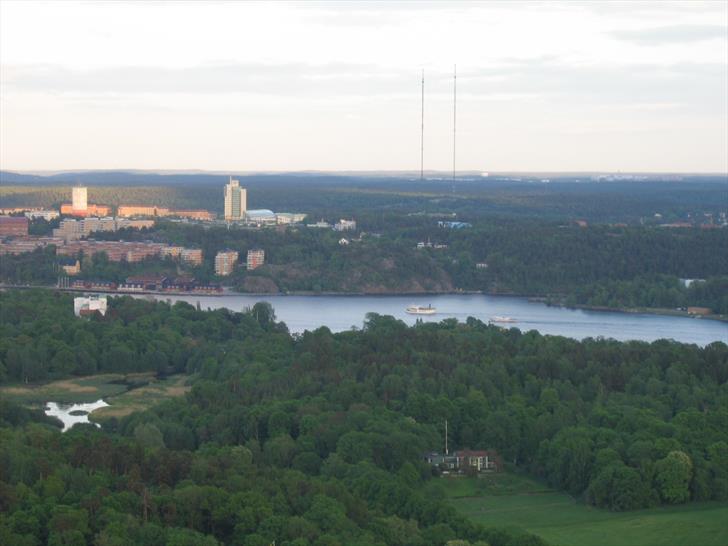 In the south, you can see two other very tall structures very close to Kaknästornet. There are two guyed masts, each 299 metres high. Their Swedish name is Nackasändaren (Nacka Transmitter), after the nearby town Nacka. You can see part of Nacka on the left. 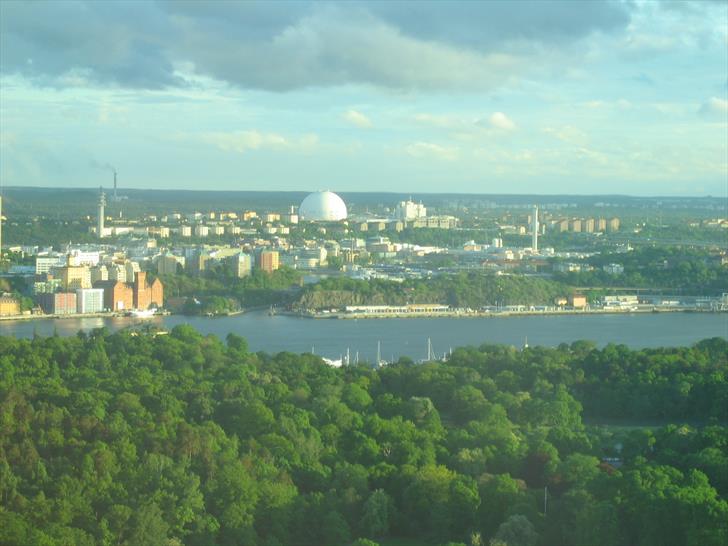 View from Kaknästornet to the southwest. The big white ball in the middle is Globen, Stockholm’s huge multi-functional arena, known mainly as the venue for big ice-hockey or other sports games or concerts. Globen is the popular nickname, which means “The Globe” in Swedish. Today’s official name is Ericsson Globe. Just for you to have an idea – the air distance between Kaknästornet and Globen is 5.2 km. 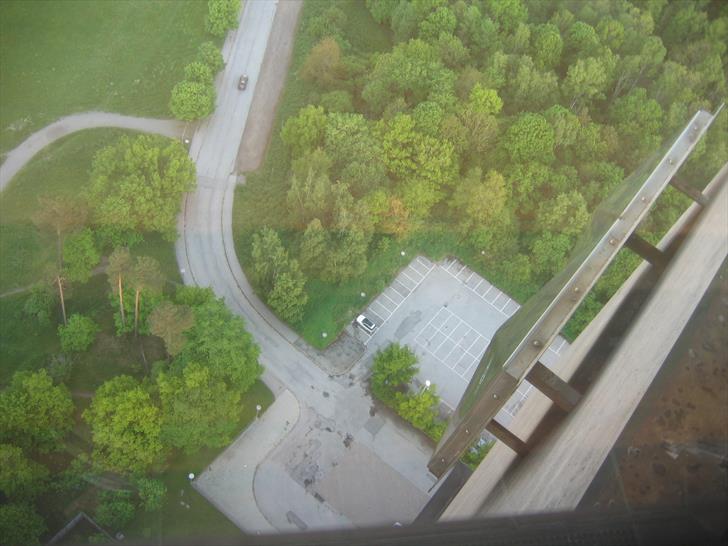 View from the top to the foot of Kaknästornet. 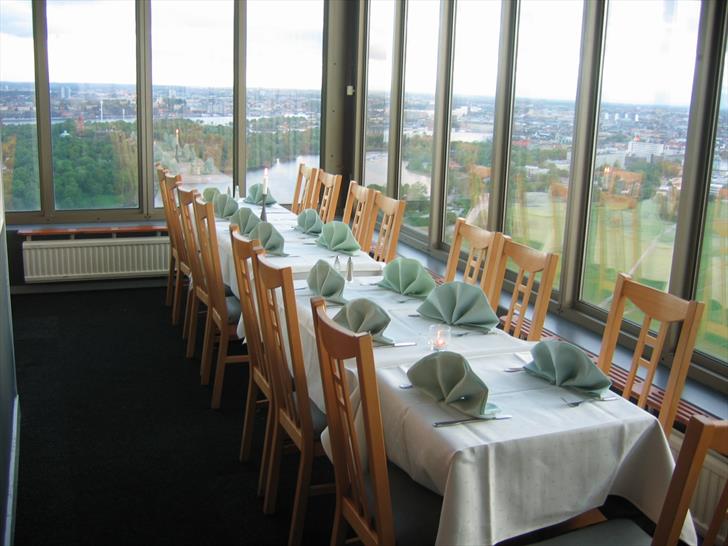 There is a restaurant at the top of Kaknästornet. It looks quite simple, but the views are stunning.

Kaknästornet is located in Lidingöbro, 2-3 km to the east from Stockholm inner city. You can get to Kaknästornet by bus number 69 from Sergels Torg. 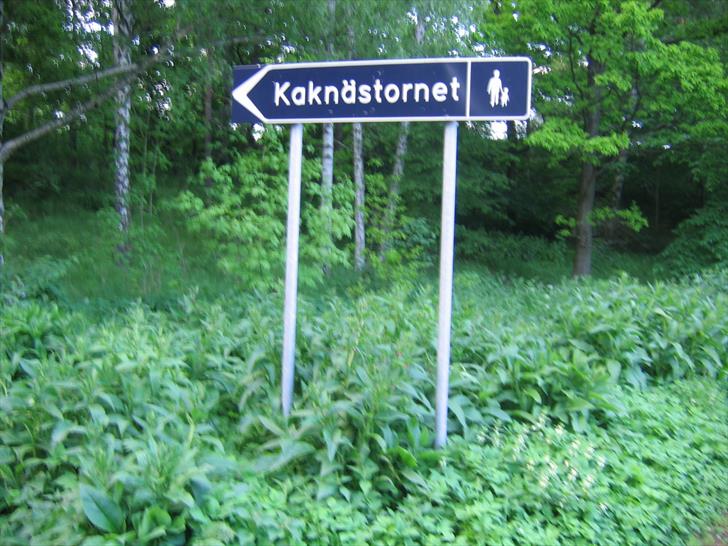 Kaknästornet sign that shows you the way from Kaknästornet Södra bus station. It is a nice short walk (less than 5 minutes). There is another bus stop immediately by the foot of Kaknästornet. 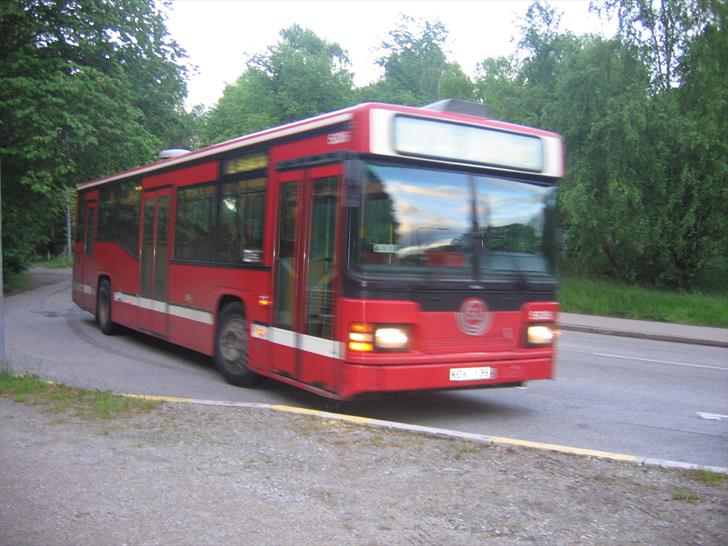 This is the bus between Kaknästornet and Stockholm city centre when arriving at the stop (sorry for poor quality of photo).